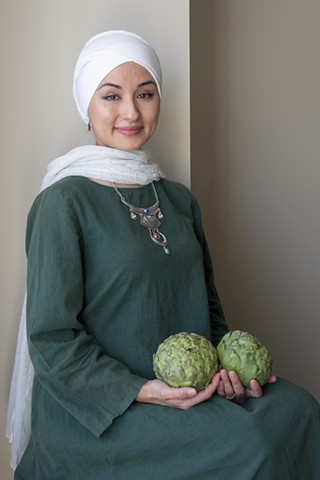 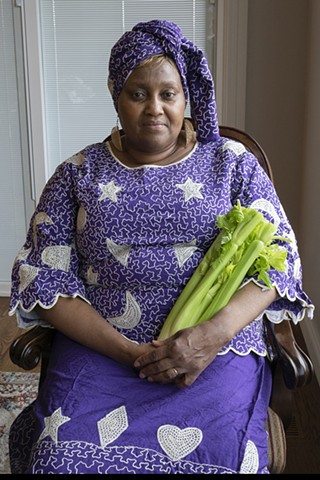 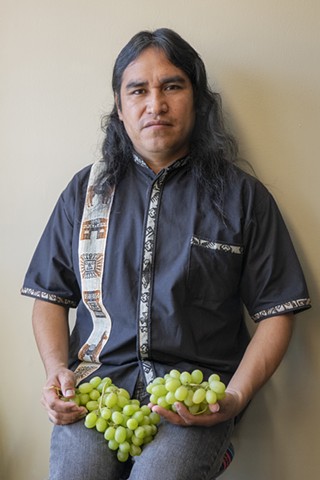 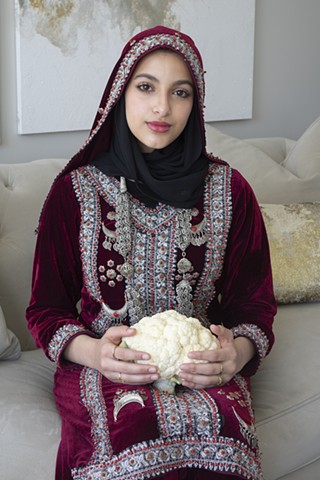 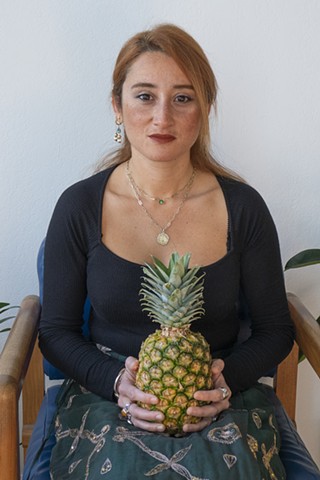 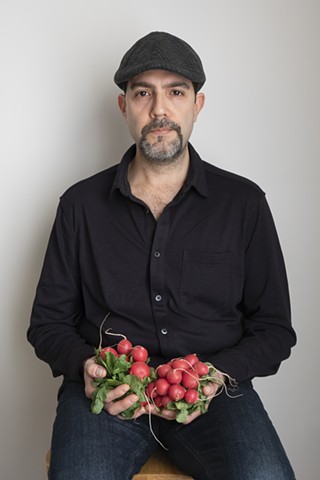 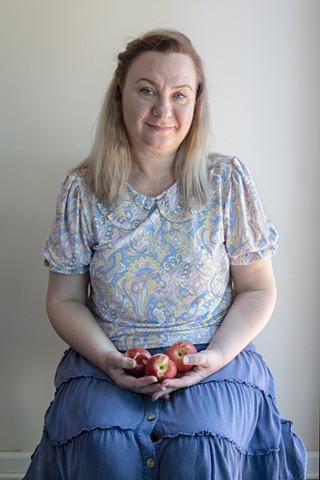 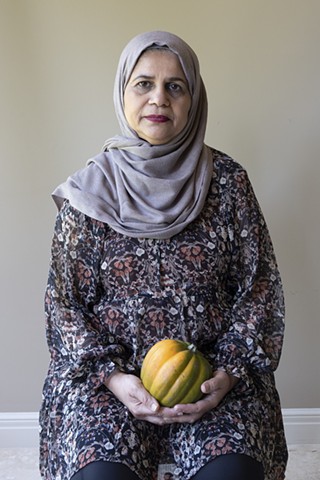 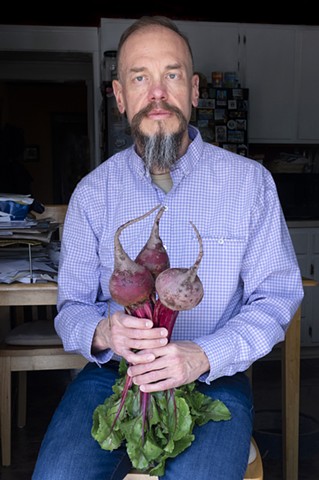 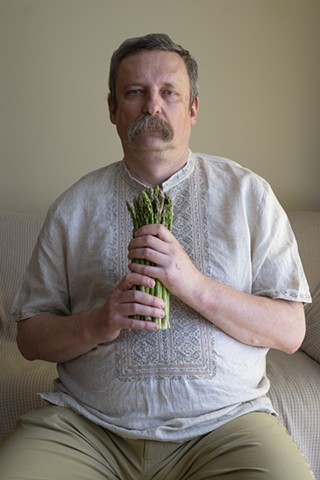 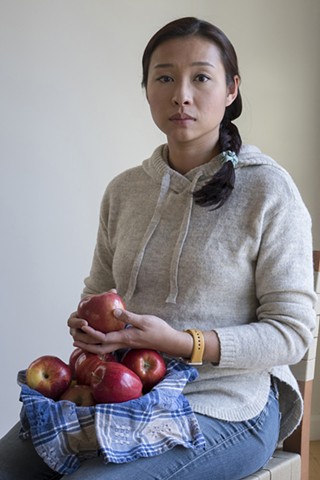 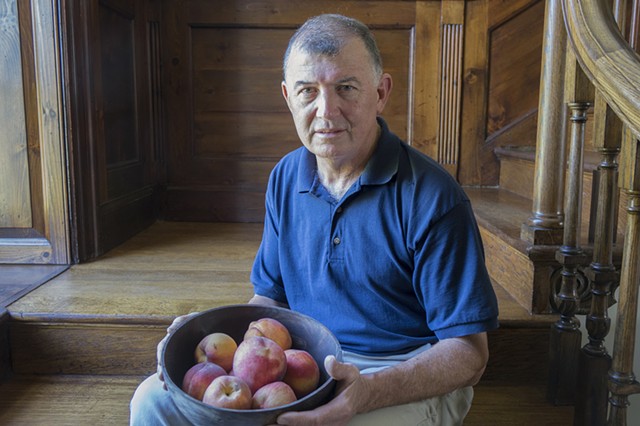 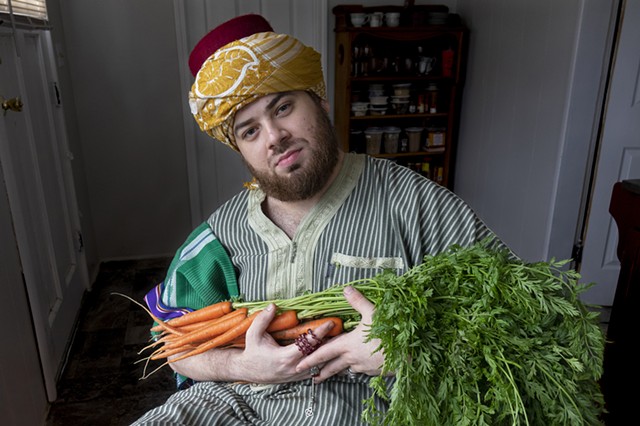 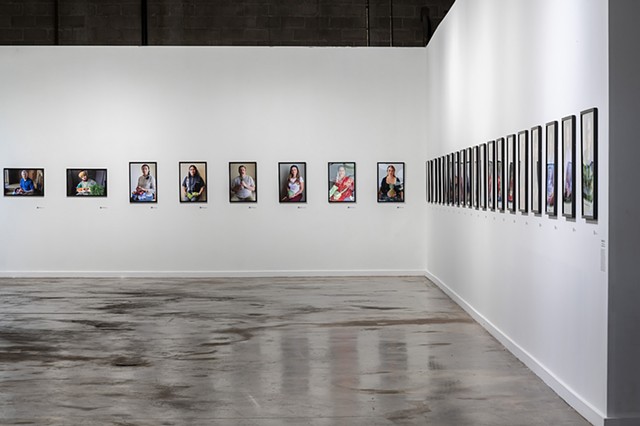 In this ongoing project, Levy is interested in the concepts of "native", "immigrant", “refugees”, "migrant" and the historically, cultural, and politically understandings of these words and ideas in the United States. She is creating photographic portraits of refugee and immigrant individuals and pairing each person with a migrant (non-native) edible plant, to highlight the range, and diversity of people and plants who have come to the United States. The apple, highly regarded as “American as apple pie”, migrated from Central Asia. In one portrait photograph, for example, she paired apples with an immigrant from Hong Kong.

There are many other migrant plants, such as lettuces, peppers, squash, grapes, carrots, broccoli, pineapples, watermelon, eggplants, peaches, and pears that supply a significant portion of the food found in the daily diet of people in the United States, Little, if any, question or concern is given to their migrant status. These plants migrated from the same parts of the world as refugees and immigrants to the United States who have, at times, faced one or more of the following hardships and injustices: displacement, prejudice, violence, loss, poverty, detention centers, family disruption, trauma, and deportation.

The I’M/MIGRATION project highlights how present-day United States is a nation of immigrant and refugee people and migrant plants, and it explores the definition of what is “American”. In these portraits Levy celebrates the variety and beauty inherent in all the photographed people and plants. She hopes to encourage thoughtfulness about current immigration/migrant/refugee practices and policies in the United States and instances of institutional bias, community violence and pervasive prejudice, so that inclusivity, hope, and welcome grows and is sustained. It is a project that honors the refugees and immigrants that make the United States their home and the migrant plants that nourish us here.