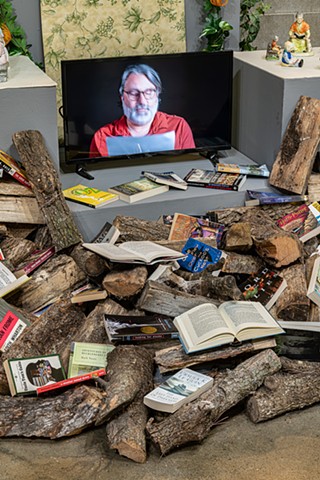 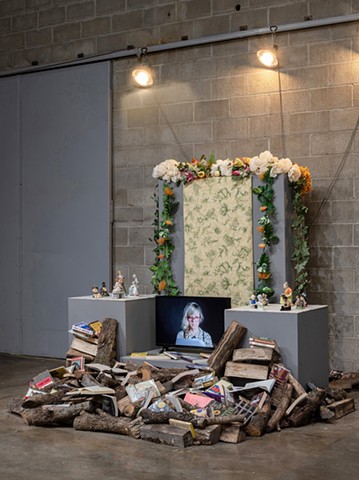 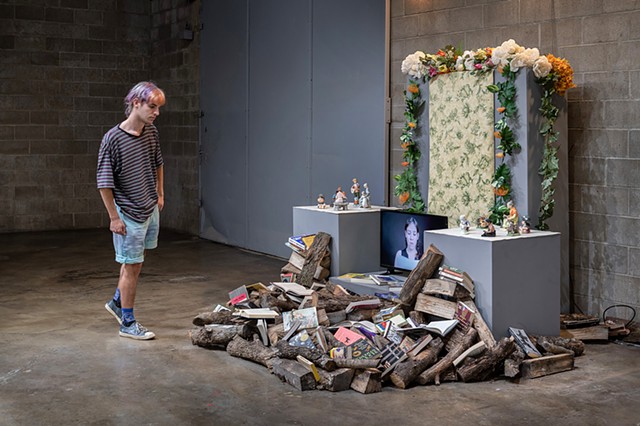 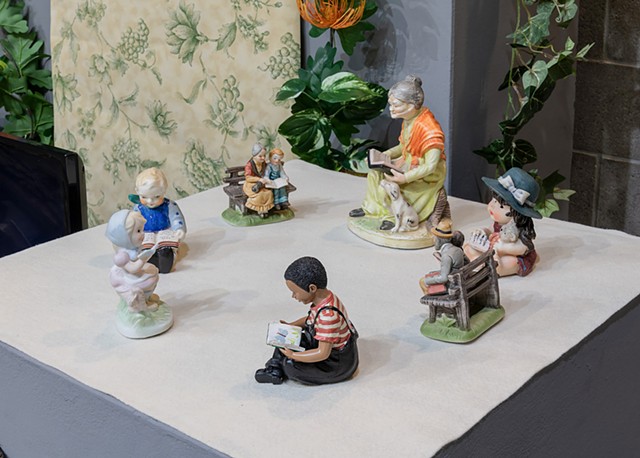 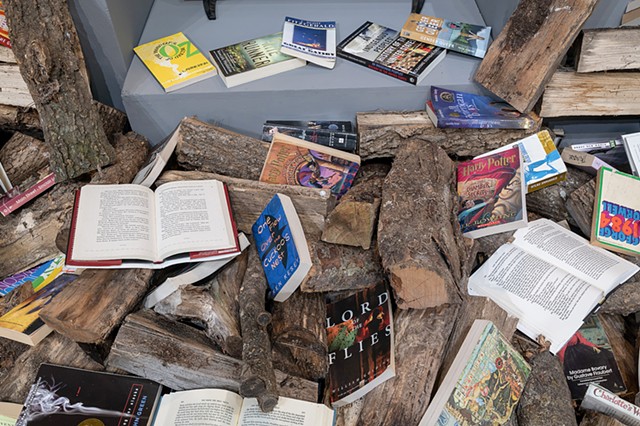 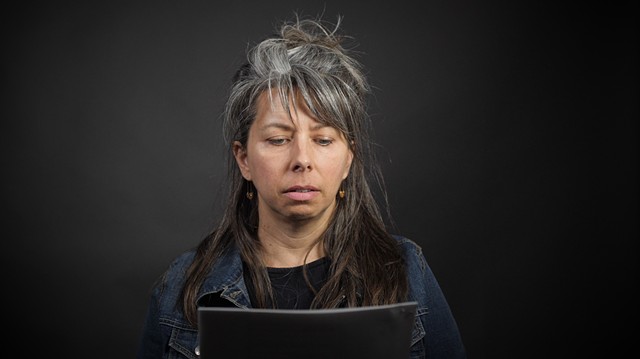 In 1935 writer Sinclair Lewis published a novel, It Can’t Happen Here, which is a story about the fragility of the American democracy and a depiction of the rise of a United States dictator who curtails individual freedom. In October of 2021, a Texas state lawmaker created a list of 850 books he believes should be banned in schools throughout Texas. He has stated that the books on his list “might make students feel discomfort, guilt, anguish or any other form of psychological distress because of their race or sex”. Many of the books he wants to ban focus on transgender identity, Native American history, teen sexuality, history of slavery, queer youth, and critical race theory. This installation includes video of local librarians reading the titles of all of the 850 proposed banned books as well as actual books that have a long-standing history of being banned or challenged, particularly in public and school libraries across the United States. The ceramic figurines of book reading children, parents and grandparents stand in contrast to increasing efforts to curtail individual freedoms.