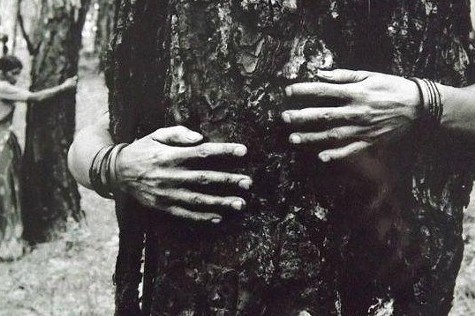 Women of the Chipko Movement hugging trees in India in the early 1970's, Wikipedia Free Use Common Image cropped detail 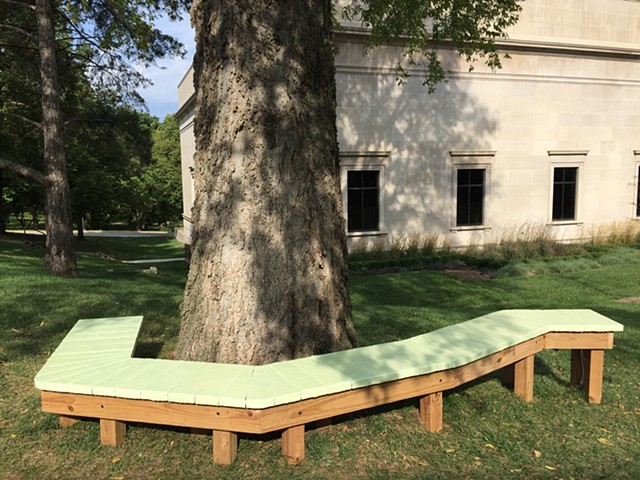 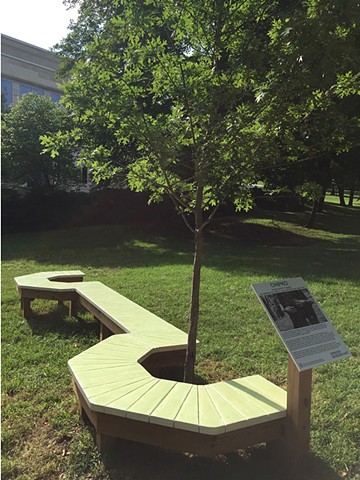 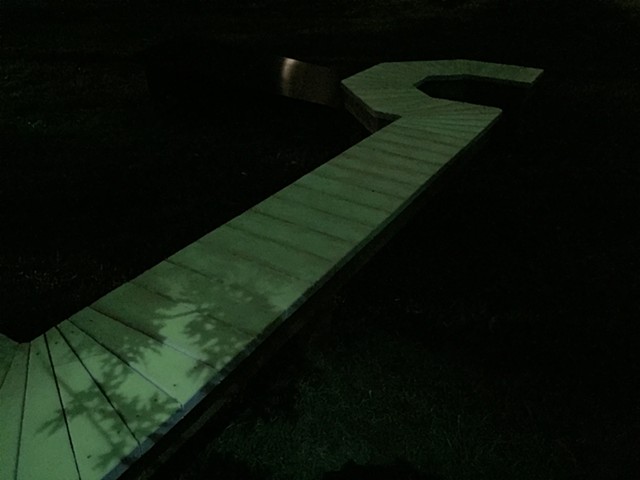 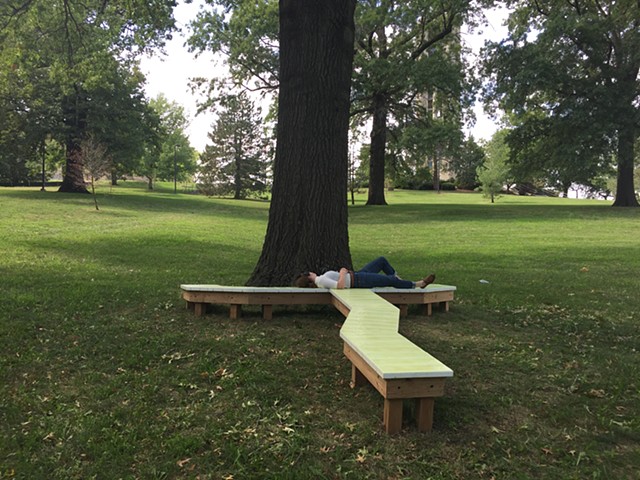 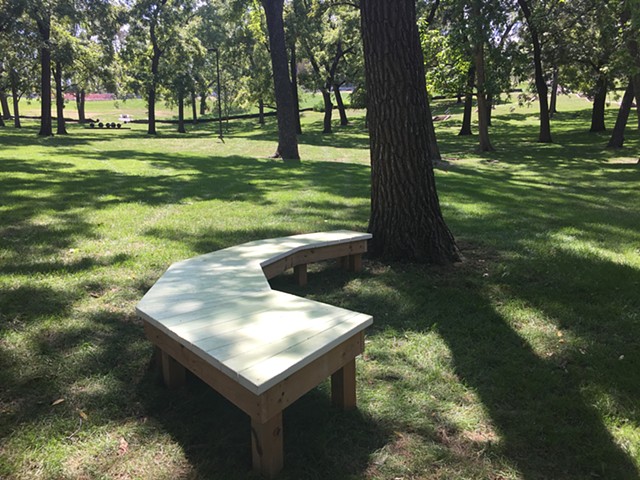 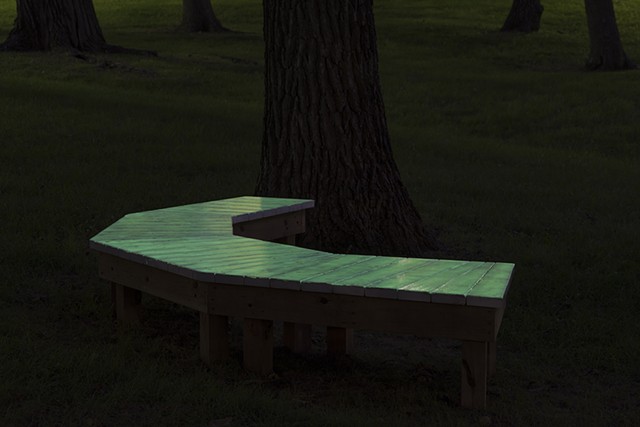 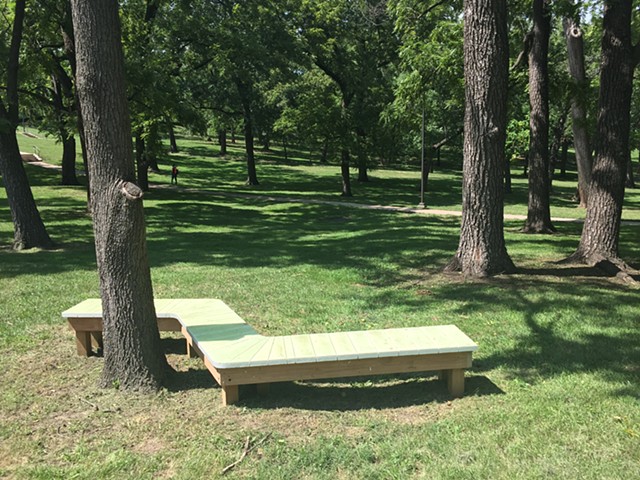 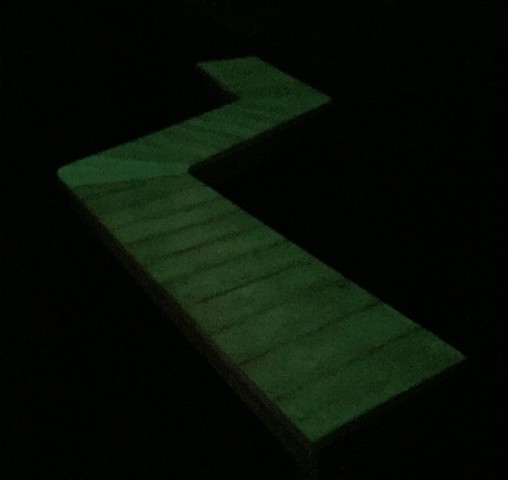 CHIPKO is a Hindi word for “hugging” a commissioned installation by Judith G. Levy, David Ross and Jason Zeh for The Spencer Museum's Art in the Grove/Open Spaces Extended

Our project, CHIPKO, was inspired by the women of a village in Uttar Pradesh in the foothills of the Himalayans in India who in 1973 hugged trees to prevent them from being cut down by loggers. Their actions not only preserved their trees and prevented floods, landslides and erosion, but allowed them to continue to forage in the forests, cultivate crops, raise livestock and care for their children. The Chipko Movement was born from a desire to resist governmental policies that negatively affected their environment and favored commercial interests. The women not only wanted to sustain an ecological balance in their region, but they also wanted a voice in decision-making processes that influenced their lives. The Chipko Movement is a women’s movement that emerged at a time when women were not participating in leadership roles, and it has led to ongoing efforts to change hierarchical approaches to decision-making. The events of 1973 were publicized globally and inspired people everywhere to take a look at protecting trees and to make connections across a broad range of geographical and social contexts.

For our installation, we have built five benches that each symbolically “hug” a tree to honor the CHIPKO Movement. Four are located in Marvin’s Grove, a swath of trees first planted by Chancellor James Marvin in 1878 to make “a garden out of a prairie”. The fifth is in front of the museum. Two of the benches, one in the front and one in back, have integrated audio, created from synthetic and natural sounds collected from the Grove. We use both electricity and solar power to provide energy for the audio. The benches in Marvin’s Grove are painted with phosphorescent paint to artificially mimic the relationship the trees have with sunlight. We also underscore the theme of interconnectivity in both natural and artificial processes and break down distinctions between the natural and artificial to reveal human invention’s reliance on the natural world.

Click here to learn more about the Chipko Movement.

Click here to learn more about the Chipko Movement.