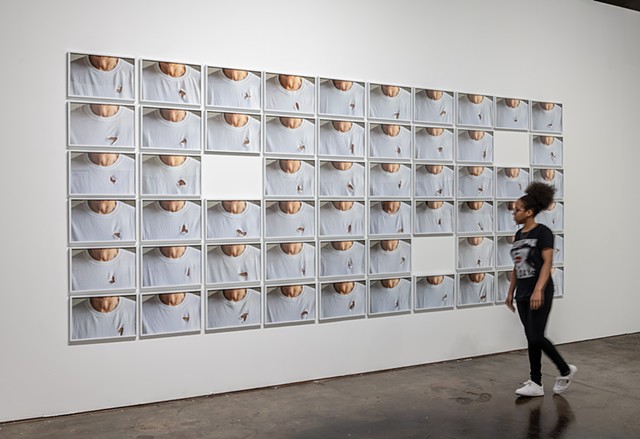 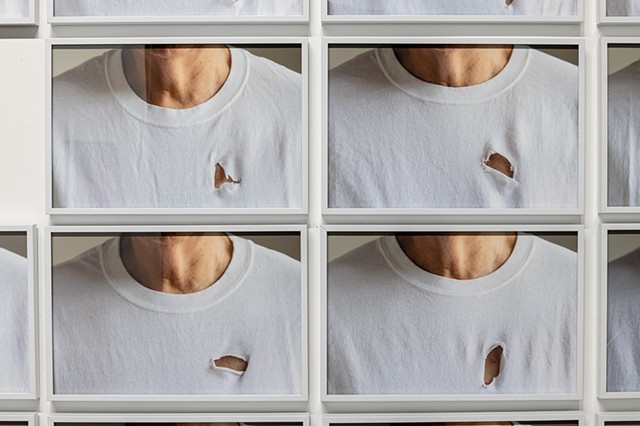 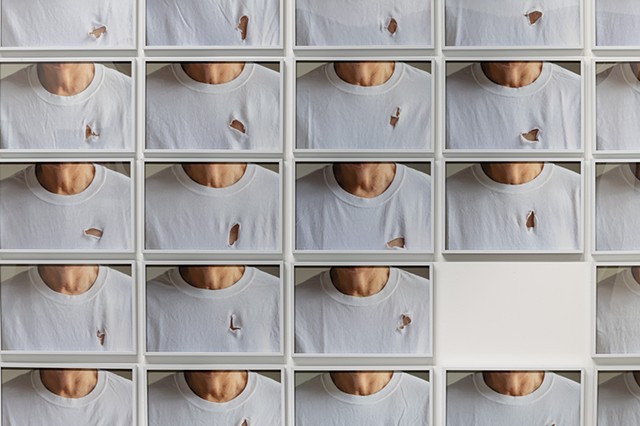 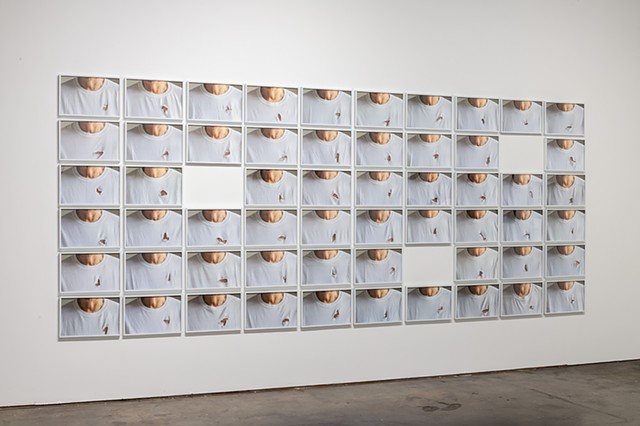 The Human Rights Campaign last year identified 57 transgender, non-binary and gender-nonconforming individuals that were killed in the United States in 2021, making this the deadliest year on record to date. Many of those killed by this increased violence are Black transgender women, and often their lives are also endangered by racism, poverty and transphobia. Frequently their deaths are reported using deadnames and are misgendered. In the Jewish tradition of mourning, one tears one’s garment to represent the reality of death and to express grief. While I am not related familiarly to the 57 people who have been killed, I tore 57 shirts and wore one for each person. My queered concept of family is an expanded one, and I mourns these deaths. The three empty places in the grid represent the deaths that were unreported.