Performance > Everyone Loves a Parade 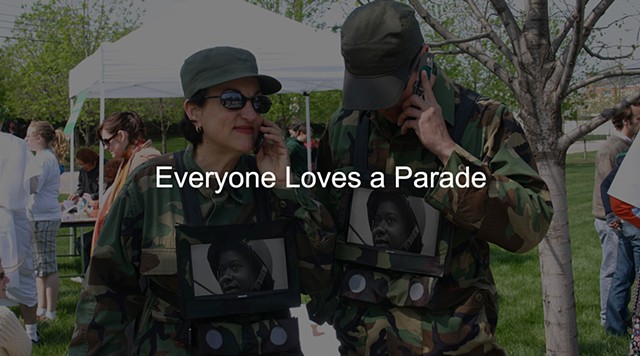 Everyone Loves a Parade
video
2:32 minutes 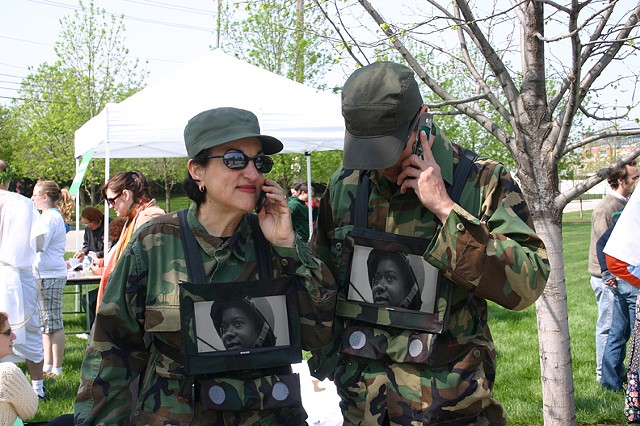 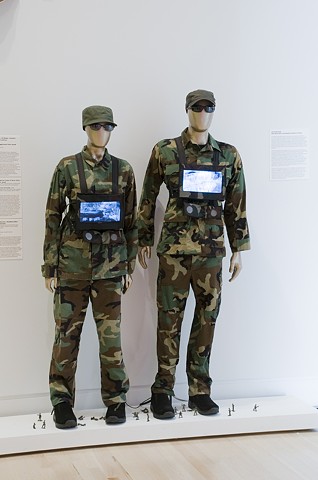 Everyone Loves A Parade, On Procession Exhibition, The Indianapolis Museum of Art

Everyone Loves a Parade 2010 video/performance in On Procession, The Indianapolis Museum of Art video runtime is 2:32 minutes, video was worn on our bodies

In his book, Public Opinion, the writer Walter Lippmann, discusses the nature of preconceived ideas and the relationship between concepts and experience in his chapter, The World Outside and the Pictures in our Heads. Lippmann writes that we tend to compartmentalize concepts and to remember the more appealing aspects of an event, particularly when we have not had direct experience with it. I realized that my own early understanding of war was through my participation in Memorial Day parades and by observing military marches. When I was invited, along with another artist, to create work for On Procession, an art parade sponsored by The Indianapolis Museum of Art, we designed a chest pack that we wore that held a portable dvd player, external speakers and displayed a looped video compilation of military marching armies, victory parades, and youth bands. We dressed as soldiers and marched, while the video and its marching music played.

This performance piece is called Everyone Loves a Parade and reflects Lippmann's notions of compartmentalization, as war is reduced to military marches and film footage from WWI to Afghanistan. The work also addresses the shifting landscape of alliances. Our ability to compartmentalize notions of military power and might is represented in the video on our chests, as we become our own parade and incapsulate war into something we carry on our bodies.