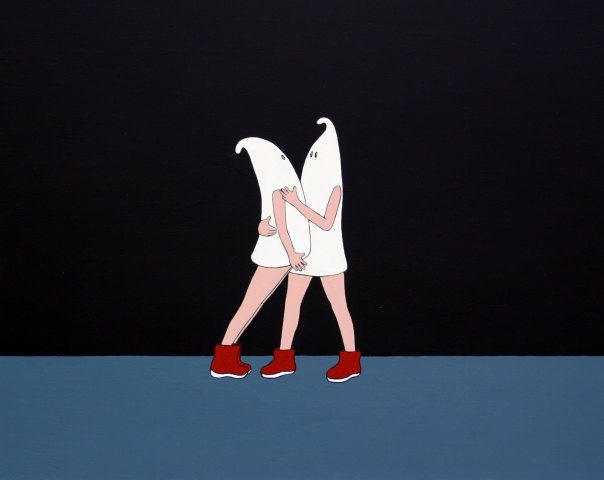 Capture Rapture #2
flashe and acrylic on board
16"x20" 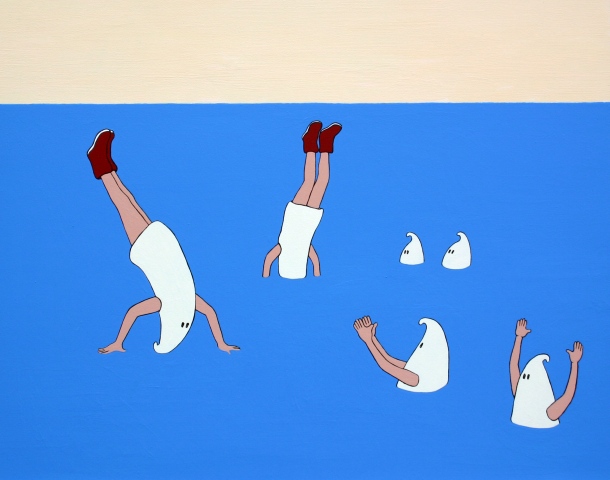 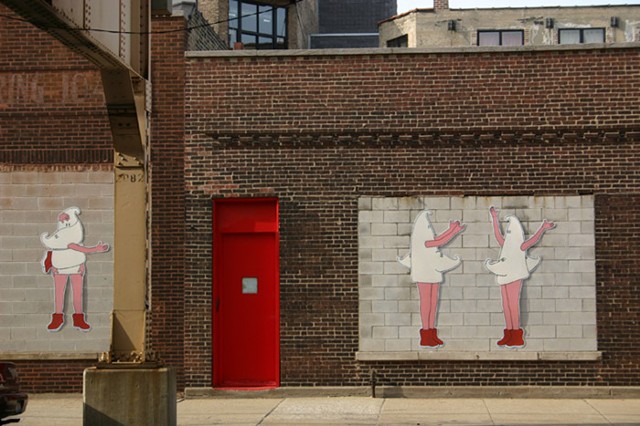 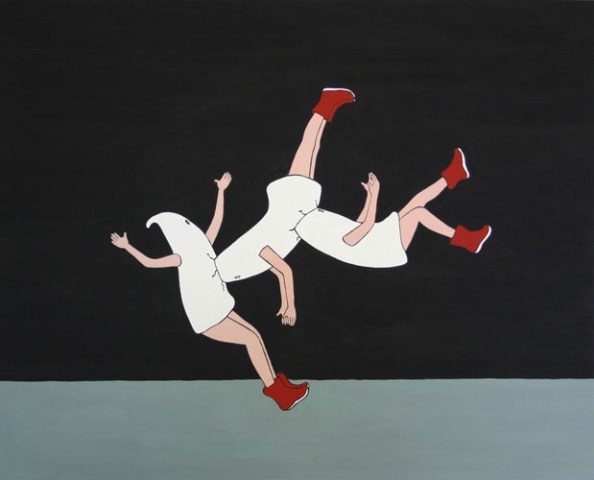 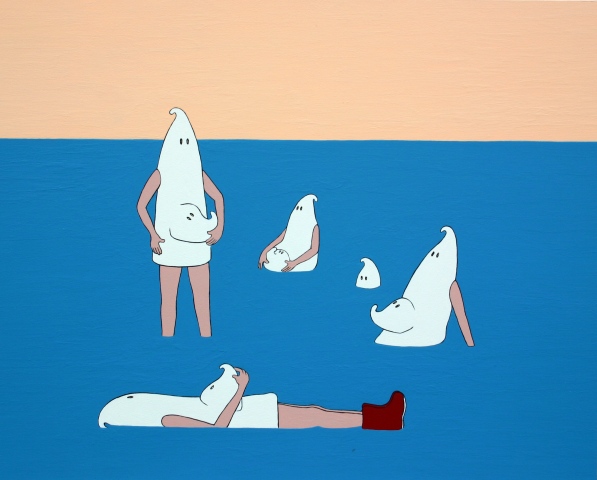 Parthenogenesis #2
flashe and acrylic on board
16"x20" 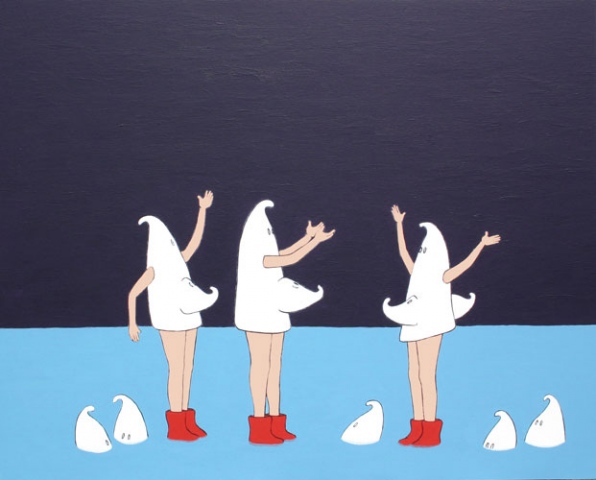 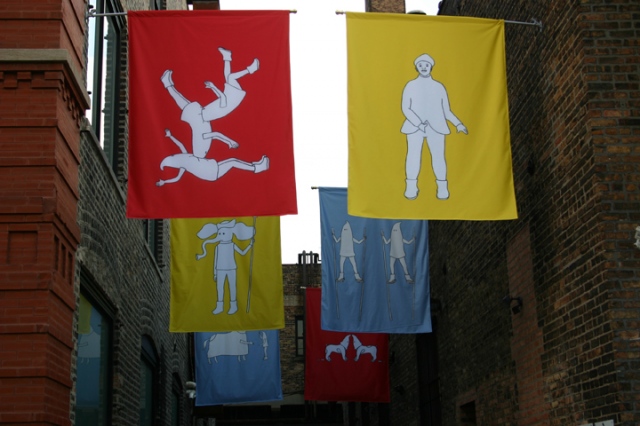 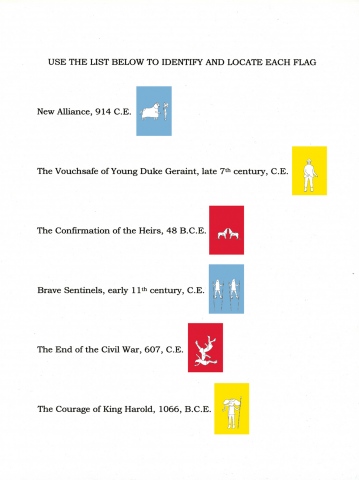 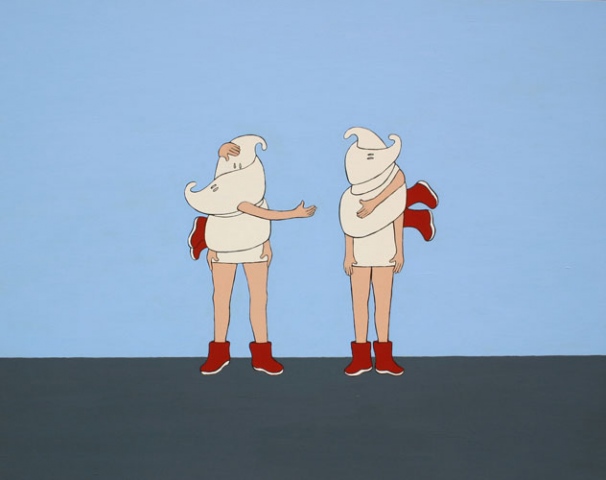 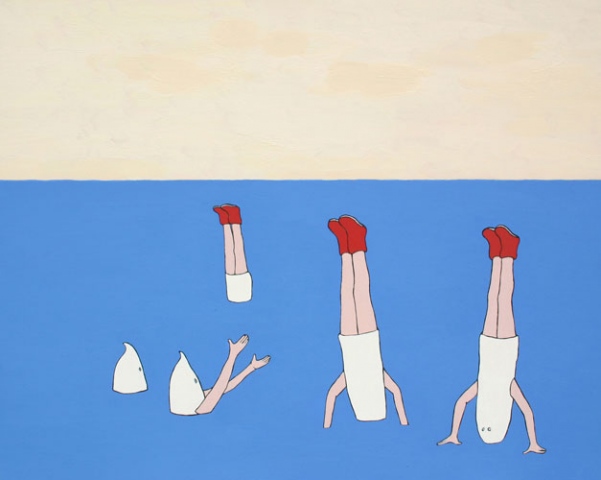 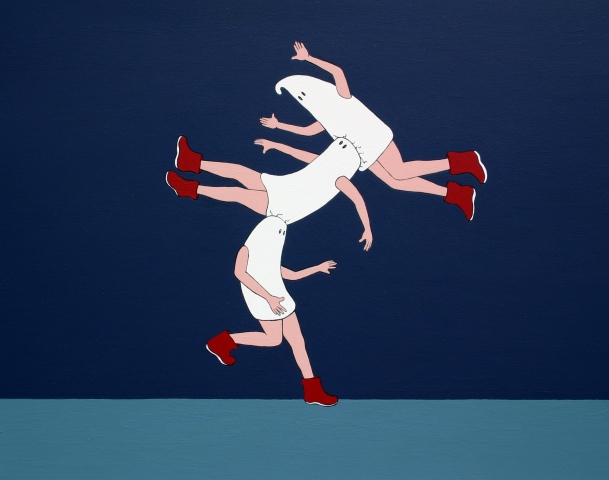 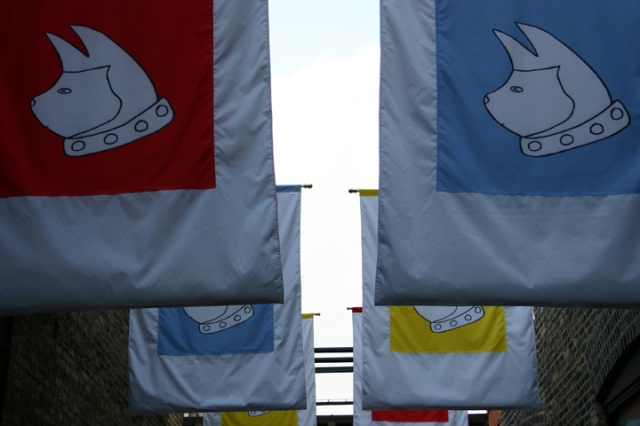 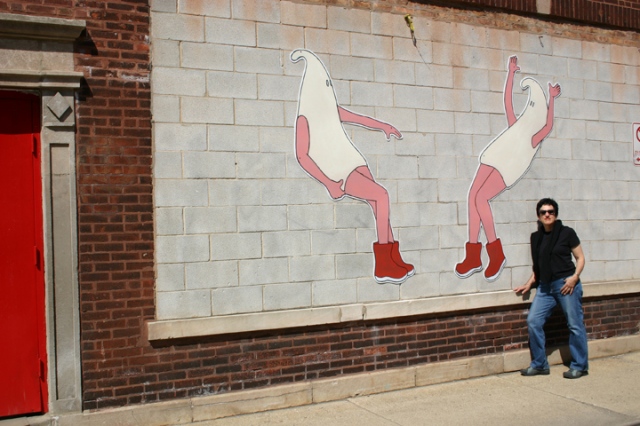 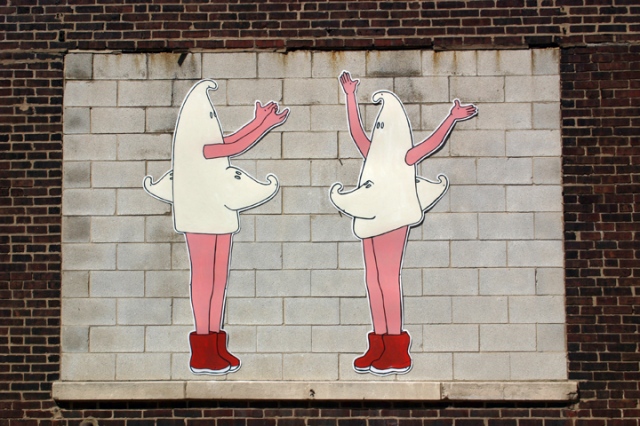 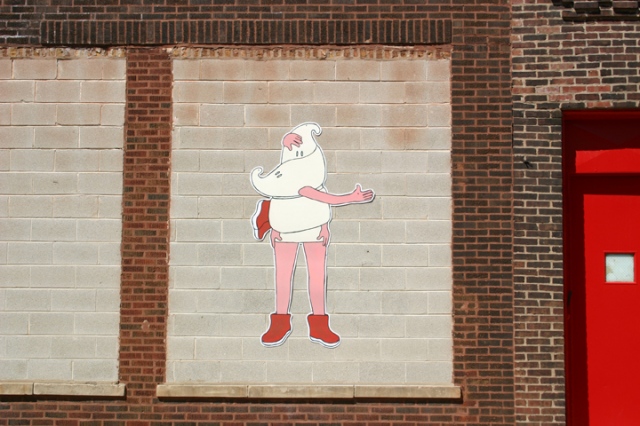 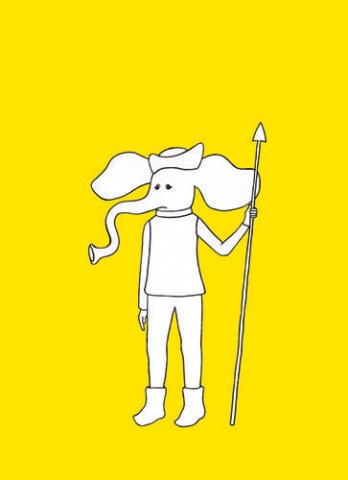 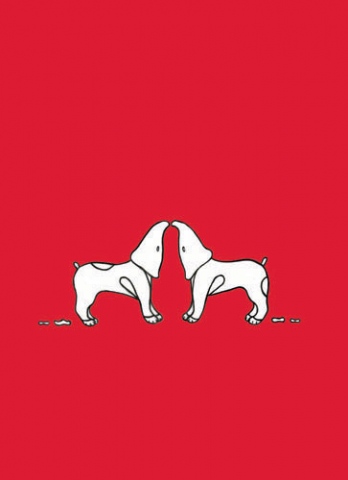 The Confirmation of the Heirs, 48 B.C.E.
inkjet on polyester
5 x 7 feet 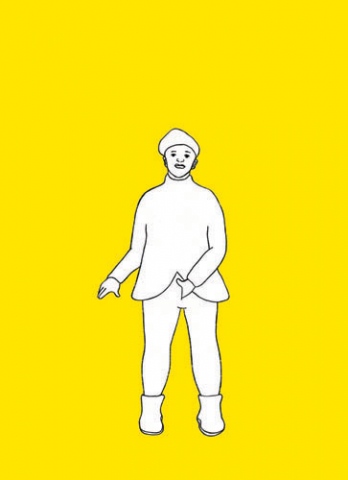 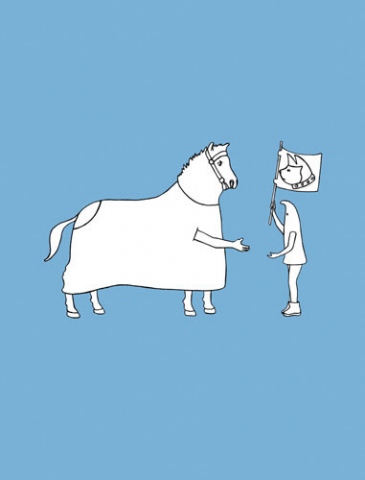 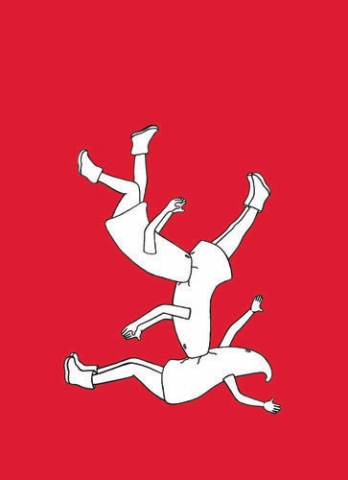 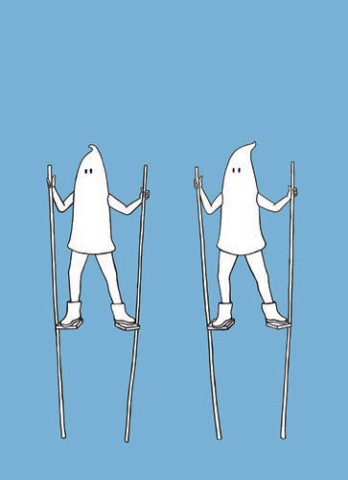 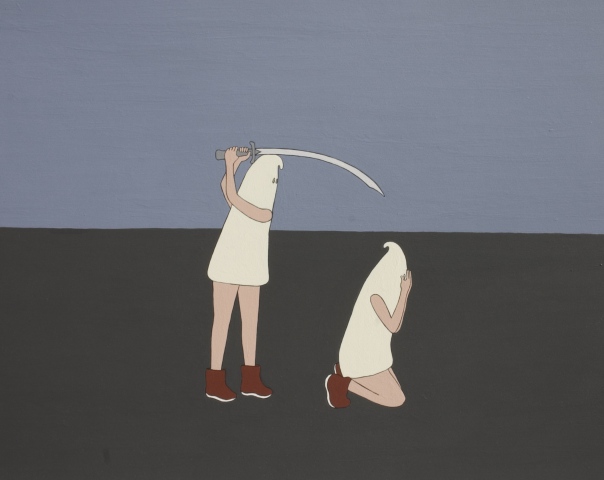 Sword
flashe and acrylic on board
16"x20" 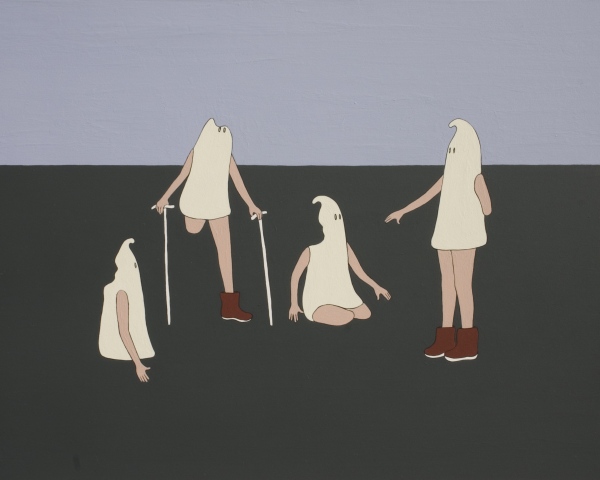 Crutches
flashe and acrylic on board
16"x20" 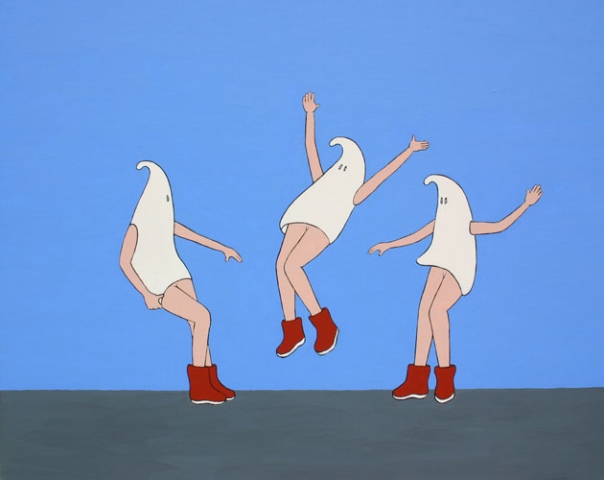 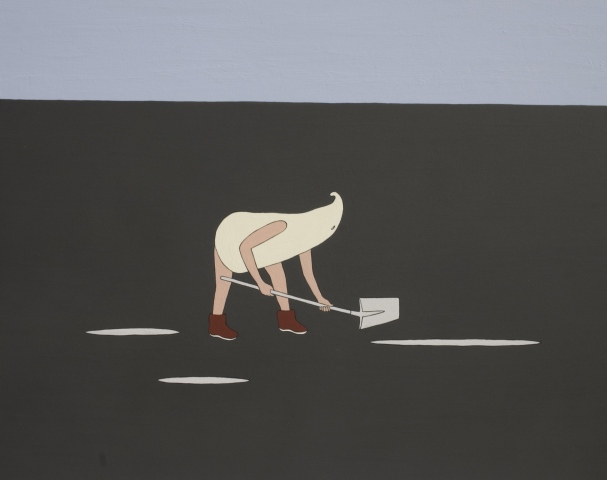 Shovel
flashe and acrylic on board
16"x20" 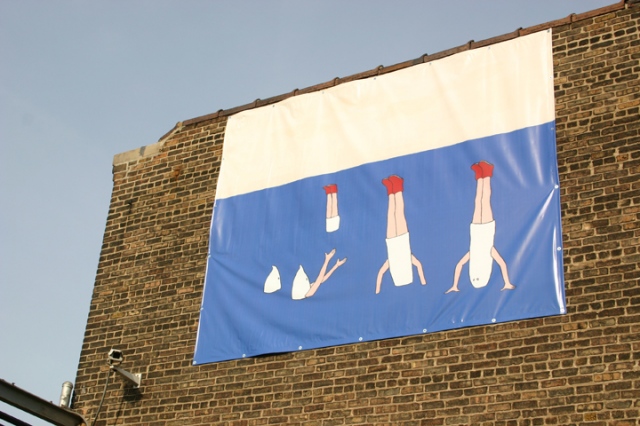 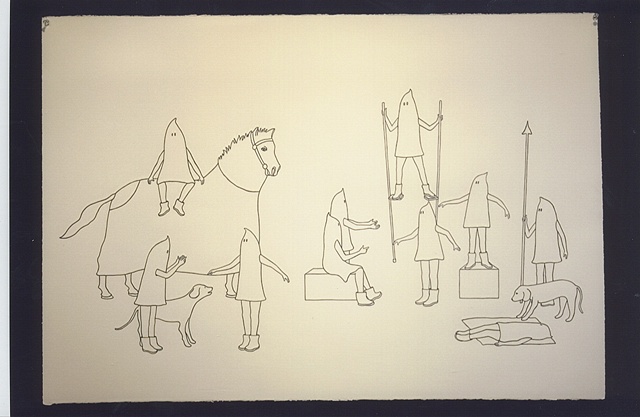 A Brief History of the Girls Brigade

The Girls Brigade was first established by a group of orphan English girls in what we now know as Great Britain, during the first Roman Invasion of 55 B.C. In response to attacks near the towns of Deal and Walmer, on the British Coast, approximately twelve young orphans who had been in the service of a local Celtic clan, established themselves into a children’s army. They chose the likeness of a favorite stray dog to serve as their symbol of identification for use on crudely made shields and flags. Their pictorial choice may be the first known use of an animal image to be regarded as a sign of inspiration in the British Isles during The Roman Invasions and the subsequent events that took place during The Saxon Opportunism after the Romans retreated. Girls Brigade members fashioned coverings from pieces of blanket and tapestry, so that they could move about without being recognized. They lived communally inland, seeking forested areas in which to live, hunt, and fend off attempts by the clan to reclaim them. They even built a small wall, in the tradition of Hadrian, for protection. It is said that they contributed to the defense against the Romans by throwing rocks at the invaders.

Many generations of Girls Brigades succeeded in maintaining themselves by living off the land and defending against aggressors. They became expert hunters and traders of small game and fowl. It is believed that they were the archetype for Robin Hood and his band of Merrymen, and that their fearless use of red, yellow and blue colours in flags inspired American Painter Barnett Newman (1905-1970).

Girls Brigade Flags from various decades have been reconstructed from depictions and descriptions in The History of Harold, The Second Duke of England, by Reginald P. Webster, (1831) and from the vast archives of The British Museum.